Books and Ideas: A Nation of Nations: A Great American Immigration Story

Passed 50 years ago, the 1965 Nationality Act allowed people to immigrate to the United States from around the globe who previously had been unwelcomed.  Gjelten details the history of anti-Chinese legislation and restrictions on Chinese immigration in particular.

One of the last pieces of legislation passed during the Civil Rights era, President Lyndon Johnson and the bill’s supporters did not foresee how much this law would change the demographics of the country and move it along the path of multiculturalism.  It complements the 50th anniversary events marking the 1965 Immigration Act and the Civil Rights Movement being held at the Alexandria Black History Museum, September 26-October 3. 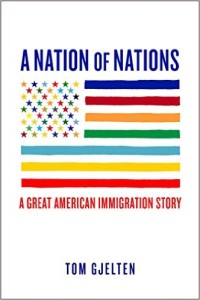 For information about the Alexandria events, go to: http://blackhistorymuseumevents.weebly.com