The Traveling Film Seminar began its road show in Arlington, Va. this past Tuesday, August 29, 2017. Forty teachers turned out for the workshop and proved to be a very engaged and appreciative audience. Made possible through a grant from the Virginia Foundation for the Humanities, the workshop, titled “Recruited, Excluded, and Sort of Included.” featured two films, Through Chinatown’s Eyes: April 1968 and Finding Cleveland. Presenters included filmmaker Larissa Lam (Finding Cleveland), Harry Chow (DC resident in 1968 and featured in Through Chinatown’s Eyes…), Ting-Yi Oei, Education Director of the 1882 Foundation, Janelle Wong, PhD, (Univ. of Maryland Asian American Studies Dept.), and Krystyn Moon, PhD (Univ. of Mary Washington, American Studies Dept.).

The goals of the workshop were threefold:

By witnessing the riots of 1968 in Washington, DC, viewers of the film come face to face with the dilemma of Chinese Americans being a “minority within a minority” in Chinatown and how that shapes one’s identity. Many teachers expressed that they were unaware that the riots affected the Chinese American community at all and were very taken by the stories they heard, learning more about the times and seeing beyond the black/white descriptions commonly associated with discussions of civil rights. Similarly, Finding Cleveland told the little known story of the Mississippi Delta Chinese that form the basis of Baldwin Chiu’s journey of discovery of what his family’s history and heritage is. Teachers used words like “eye opening,” “inspiring,”  and thought provoking,”  in their evaluations of the session and commented on the powerful emotions it evoked. Other participants noted that the speakers and the films will help them talk about identity and what it means to be an “American” in their classrooms

In the evening, we brought the films to a community audience with to talk about how communities grow and change, and can become stronger when community members learn the history and culture from each other. Marya McQuirter, PhD, a native Washingtonian and historian who is heading up a program called DC1968, spoke of the importance of remembering all that happened during that important year. Regina McPhie, another DC resident who grew up in Chinatown, added her voice to what she experienced back then and the changes she has seen over the years. Both added reflections about how their own lives were transformed by the events of the past and contributed to career and life choices afterwards.

What came through most significantly in both sessions is the importance of telling these kinds of stories and making them not only familiar to the broader public, but in recogizing these stories as essential parts of the American narrative.

We are looking forward to the forthcoming events in our Traveling Film Seminar and will keep everyone updated on the progress of those events. 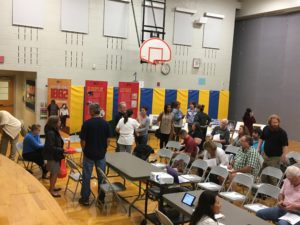 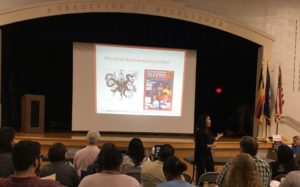 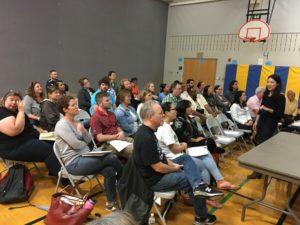 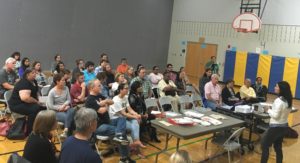