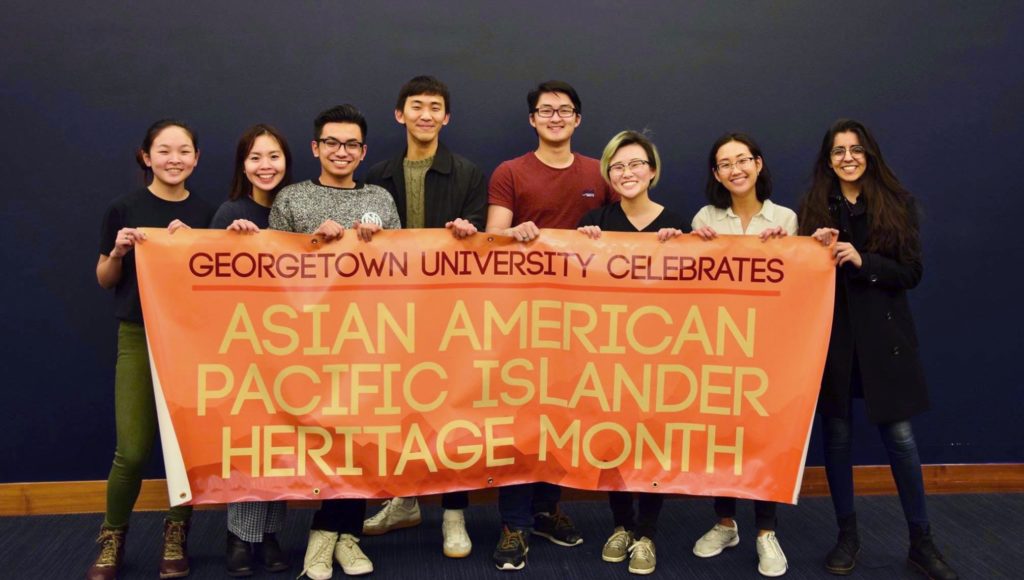 APILF released a statement in our school newspaper, The Hoya, outlining our intentions for bringing an Asian American Studies Program to Georgetown University. Along with Georgetown’s student government, APILF submitted a proposal for an “Introduction to Asian American Studies” course to our Asian Studies Program. We eventually came in contact with Professor Christine So in the Department of English, and we are incredibly excited that she has decided to offer the class for the first time this upcoming semester. We are also grateful that our Women and Gender Studies Program (WGST) Director, Professor You-Me Park, is interested in offering a course on “Asian American Feminist Studies” and is actively working with APILF and other WGST students to offer the course in Fall 2019.

Beyond advocating for more courses, APILF hopes that through various events and initiatives, we can play a role in activating the Asian American and Pacific Islander community at Georgetown. Ultimately, our wishes for the creation of an Asian American Studies Program is contingent on students’ personal desires to explore Asian American stories. From our own data collection, many Asian American and non-Asian American identifying students on campus have expressed such a desire to learn more about Asian America in classrooms.

Most importantly, APILF advocates not only for an Asian American Studies Program, but more broadly for Ethnic Studies as a whole. No education in American history and culture is complete without acknowledging the vast contributions of Black, Latinx, Muslim, Asian and Indigenous communities. By failing to teach these experiences, Georgetown University prevents all students — particularly students of color — from developing a critical understanding of history and contextualizing our roles in the fight against racial injustice. We expect that Georgetown, an institution which prides itself on diversity and pluralism, will make progress with various communities’ demands for a more inclusive curriculum. APILF hopes that through taking such courses, regardless of which career paths Georgetown students decide to embark on, they will be better equipped with a mindset oriented towards equity and justice.

My work with APILF has tremendously influenced my personal growth. The organization provides me with a space to critically reflect on Asian America, and it has played a large role in my understanding of Asian America and of what it means to belong to a community. This also ties into my time with the 1882 Foundation. Interning with the Foundation exposed me to the process of active community building, as the Foundation is an important player in preserving DC Chinatown’s community and status as a cultural touchstone. While I personally aim to become a physician, I think that my experiences will allow me to better interact with and serve the communities I work with. Ultimately, I hope to become a physician with an acute understanding of healthcare inequalities and the means in which we can work to reduce them.

1882 At: From Vincent Chin to George Floyd