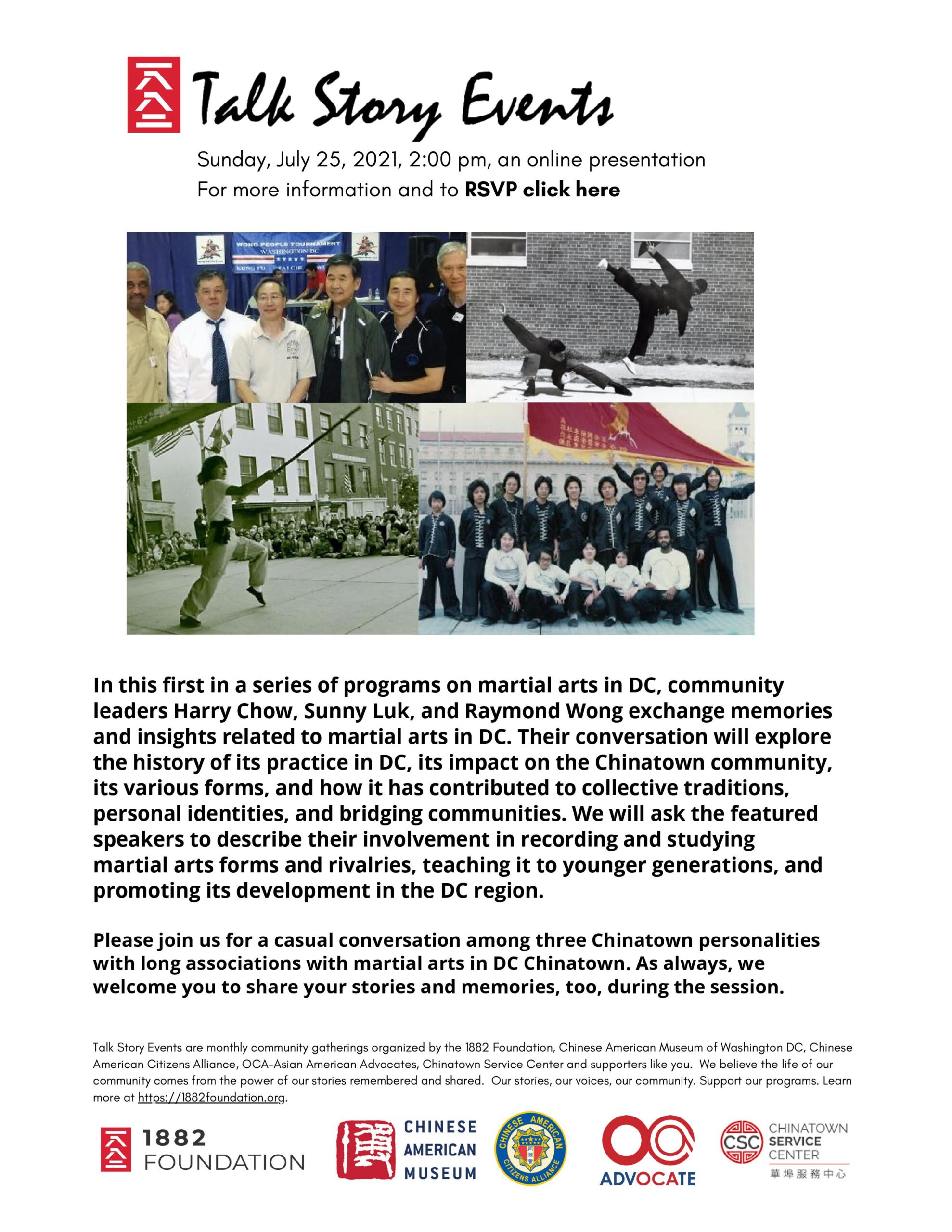 The panelists first discussed how and why they got involved with kung fu. Self-defense was the common thread between the three panelists, but the media also played a substantial role. Wong was intrigued by 70s spy movies. As a result, his mother pushed him to take lessons at the Jow Ga Kung Fu Association. Although Chow grew up in a different decade, he shares a similar story to Wong. When Chow was in school, he experienced ethnic backlash from his classmates. Once the movie Green Hornet came out, Chow decided to learn kung fu to defend himself. Luk was racially targeted at school as well. His interest in martial arts was piqued after getting beat up. He became involved in different martial arts organizations before transitioning to lion dance at the Chinese Youth Club.

The panelists also discussed martial arts’ accessibility and its impact on the community. As the representation of martial arts increased in the media, individuals became more invested in understanding various Asian cultures. When the interest in martial arts heightened, more kung fu schools started to open. The increase in kung fu schools played a critical role in the boom of Chinese restaurants,”Immigrants who didn’t speak English came to the kung fu school… for assistance with accessing restaurant licenses” said Wong.

The panelists then discussed how martial arts has changed over the years and the future of martial arts. Over the years, Luk discusses how the demographics of the students learning lion dancing have changed. People from non-Chinese backgrounds want to learn more about Chinese heritage and culture. In regards to the future, Wong believes that kung fu will continue to prevail since self-defense will always be necessary to survive,”As long as there is friction, there is going to be a need for self-defense.”