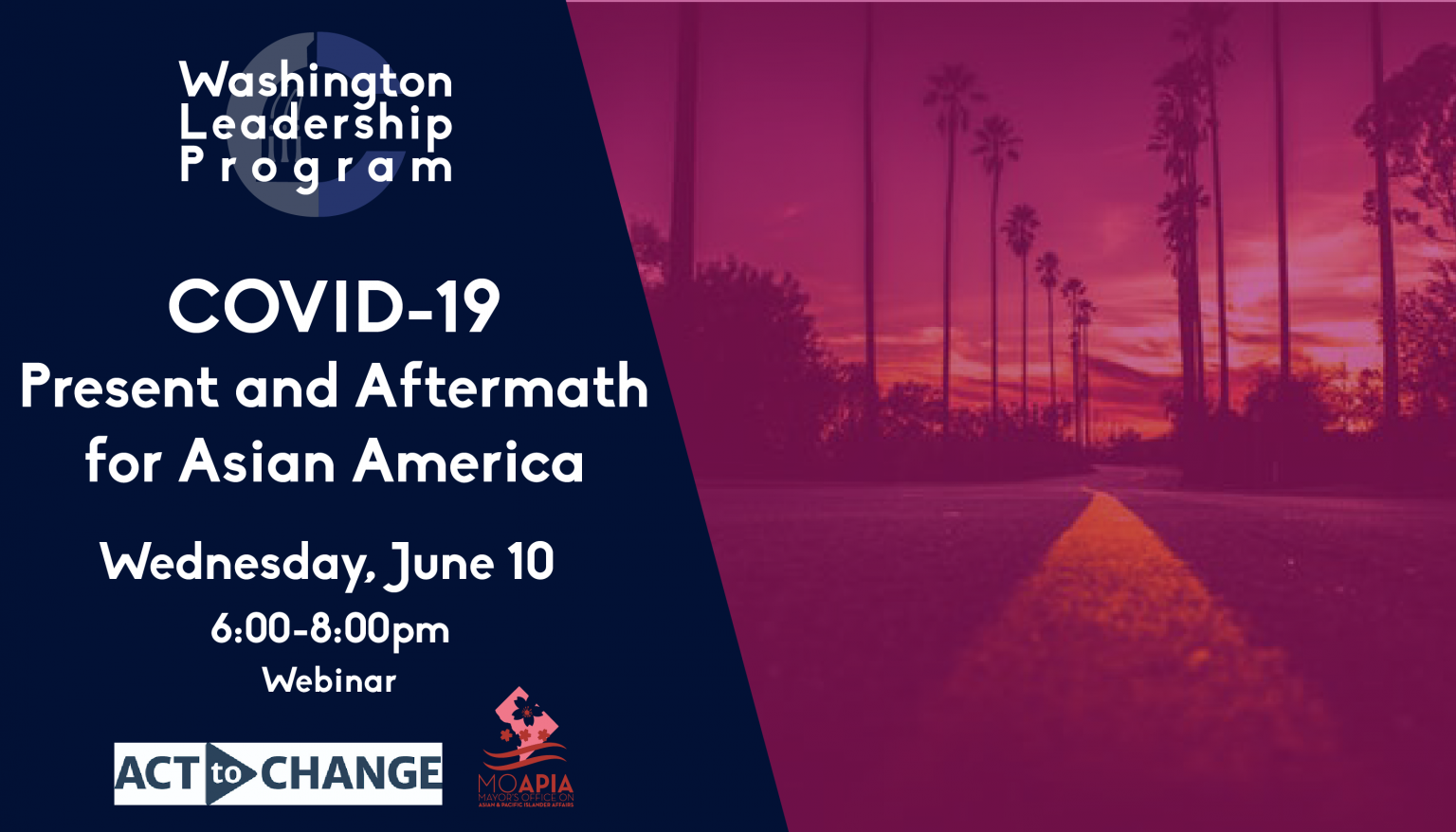 The Conference on Asian Pacific American Leadership (CAPAL) hosted a panel discussion, “COVID-19 Present and Aftermath for Asian America,” to share experiences and provide insight during the pandemic. CAPAL is an organization that promotes civic engagement and Asian American, Native Hawaiian, and Pacific Islander (AANHPI) youth empowerment through workshops and events such as the Washington Leadership Program. This first of five sessions of the 2020 program focused on community responses to racism and the societal policies that normalize it.

Rahul Kulkarni, the CEO of Sukhi, an organization that promotes corporate mindfulness and culturally sensitive wellness, began the event by explaining the relationship between COVID-19 and the stages of grief. Current economic losses, healthcare costs, and social isolation create significant uncertainty for the future. These combined factors inspired Kulkarni to lead a 10-minute mindfulness session, which he presented as a method of coping with this grief.

Following the mindfulness exercise, the event transitioned to the main discussion and Q&A portion, with four panelists. The panel was moderated by Denise Lew, a retired Air Force Colonel and current consultant with Deloitte Consulting LLP. The panelists were Anna Casalme, Founder and CEO of Novelly; Jill Yu, Managing Director and Co-Founder of Act to Change; Bruce Leal, a Commissioner of the D.C. Commission on Asian & Pacific Islander Affairs, and Rahul Kulkarni, CEO of Sukhi.

The discussion kicked off with a question directed to Anna Casalme, asking how recent events have changed how she feels about her racial identity. Casalme began by providing background to her own identity as a Filipino American and having to come to terms with these two separate identities. Through her work with Novelly, she wants to make sure the youth are included in conversations on race. Influenced by an incident where an individual spat on her sister and accused her sister of bringing COVID-19 to the United Kingdom, Casalme says it is important to ensure there are educational resources on race and a curriculum that reflects on other minority communities.

The following question was for Jill Yu, asking her the best ways to reach out to others when we encounter race-related incidents. She related to Casalme about similar hate incidents and recalled when a classmate used a racial slur against her in the fifth grade. Since Yu was only ten years old, she was not equipped with the words or understanding of what had happened, but she knew it hurt. From this, Yu encouraged others to report incidents of hate crimes and racism, when possible.

Then Bruce Leal was asked how we can inspire others to speak up about their experiences. Leal said that individuals first need to be honest with themselves and the spaces they are in. Like Casalme and Yu, Leal recalled incidents of bullying and racism. His biggest “bully” was the box he is put in as a Pacific Islander, a box that often lumps Pacific Islanders with a general Asian American group, which disregards the vastly different cultures, languages, and traditions that exist within each group and instead sees these groups as a monolith.

The question addressed to Rahul Kulkarni was, appropriately, on wellness and how he takes care of himself in high-stress circumstances. Kulkarni highlighted that people often focus on physical wellness, not mental. For mental wellness, mindfulness is important along with having some way to express gratitude (e.g., gratitude journals). The importance of doing so is to train the mind to focus on the positives to attempt to rewire our minds for the better. His final point was to keep a sleep schedule in a natural rhythm by waking up and sleeping at a regular, consistent time.

In light of the tension, grief, and challenges of the past several weeks, the moderator asked the panelists about what brought them hope moving forward, particularly in the context of the Black Lives Matter movement. Although each panelist’s answer varied, their responses all emphasized community and care. Casalme shared a powerful excerpt from a poem entitled “Year of the Rat,” written by a younger student, while Yu reflected on the guilt she felt when stepping away from racial justice work to take care of herself. She said: “You can’t do that work alone… Do what you need to recover and then go back to your people and your tribe. The work still needs to be done, but it doesn’t need to be just you leading that effort.” Kulkarni also noted, “The better you take care of yourself, the more impactful your work is towards others.”

Casalme posed a question bridging the COVID-19 crisis and anti-Blackness, asking the audience to reflect: “What kind of world do we want to return to after the pandemic?” To that end, the discussion turned to how Asian-Americans and Pacific-Islanders can address our own biases, avoid being complicit, and work toward racial justice. Many of the panelists shared their own initial feelings of shame, noted this was a normal response, and encouraged folks to dig deep to unlearn our biases.

Speaking to the power of self-reflection, narrative-building, and individual transformation, the moderator asked about generational differences and youth movements. While many of the panelists were millennials or older, all spoke favorably of the courage that many young activists demonstrated in channeling their resources, controlling their narratives, and unlearning obedience. Although the panelists had each detailed their struggles and challenges over the course of the event, they nevertheless spoke with pride.

With this optimism, the panelists then addressed the setbacks ahead. A refrain commonly heard in any social movement was echoed here: change is a marathon, not a sprint. The panelists urged the audience to broaden our horizons and envision the future – one of radical care, justice, and solidarity – we are building toward.

A Q&A session followed the panel discussion. Lew, the moderator, asked the panelists how we should create communal action within Asian-American communities. Casalme mentioned working together and stressed solidarity, such as sharing data disaggregation and forming joint-political power.

Lew asked the panelists how they feel about Andrew Yang’s editorial about showing one’s Americanness. Kulkarni said that he disagrees with the editorial. He believes that individualism is what makes oneself American. He believes that assimilation to the point of where one has to hide their culture can lead to whiteness. Yu stated that this editorial was enforcing a singular image of what an American is, and she disagrees with that image. Yu doesn’t need to justify that she is American and she does not have to prove it to others. In addition, she mentioned that Yang speaks from a position of privilege. Lastly, Calsame stressed that we should address the root problem: racism. Asian Americans can change to become entirely American, or more “white”, but Asian Americans will still experience racism due to their physical appearance.

After the panelist answered the last question, Program Manager Billy Lim recommended attendees follow CAPAL on social media and connect with CAPAL on LinkedIn. Lastly, Leal ended the event with a recitation of a Hawaiian prayer.