This month’s Talk Story featured journalist Victoria Moy who discussed her 2014 book-length oral history, Fighting for the Dream: Voices of Chinese American Veterans from World War II to Afghanistan, which features a collection of interviews from various Chinese American veterans. She became interested in the topic of Chinese American veterans after growing up in New York City’s Chinatown and being inspired by her grandfather’s immigration story. Victoria described how her grandfather arrived on Ellis Island in 1933 at age thirteen as a “paper son” who spoke no English, but who eventually identified as an American and went on to serve in the air force during World War II. 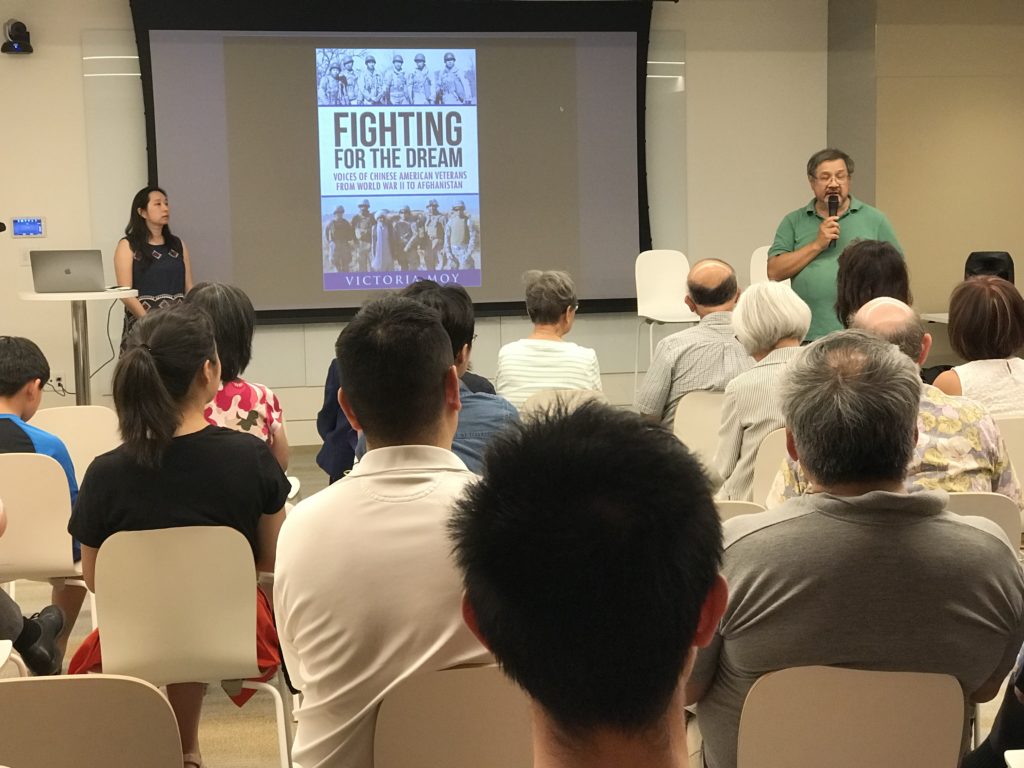 Victoria felt such stories are common yet under-discussed. She elaborated on some of her interviewees, many of whom held statuses as being the first Asian Americans in the military to achieve their standings, and emphasized that her book challenges the idea that there aren’t Asian American military families. The stories in her book show that despite the racism and inequality experienced by Chinese Americans on a national level over this past century, many patriotic Asian American families have lent generations of their members to various war efforts. In order to depict the Chinese-American military experience on a national scale, Victoria interviewed veterans from all over the country. She also brought up the role of “oriental fatalism” in uniquely shaping Asian-identifying soldiers.

William Chan, a current New York City artist/photographer and one of the book’s interviewees, then discussed his unique experience serving in Iraq. He described growing up in Brooklyn and not “feeling” Asian, despite being treated “yellow,” by others around him. After college, William defied his immigrant parents’ wish for him to work in the family baking business, and instead enlisted in the military. He described feeling simultaneously accepted by his peers but eager to prove himself, and explained how those feelings motivated him to keep working up the ranks until he became one of the first Asian American drill sergeants in his unit.

William declared that identifying as culturally Chinese and American are not exclusive feelings. While people like to thank him for his service, he feels enriched by the lives of others, and he thanked people like Victoria’s mom, who have collectively brought society forward by enduring racism and race-based hardships and have created more equal playing fields for their children. 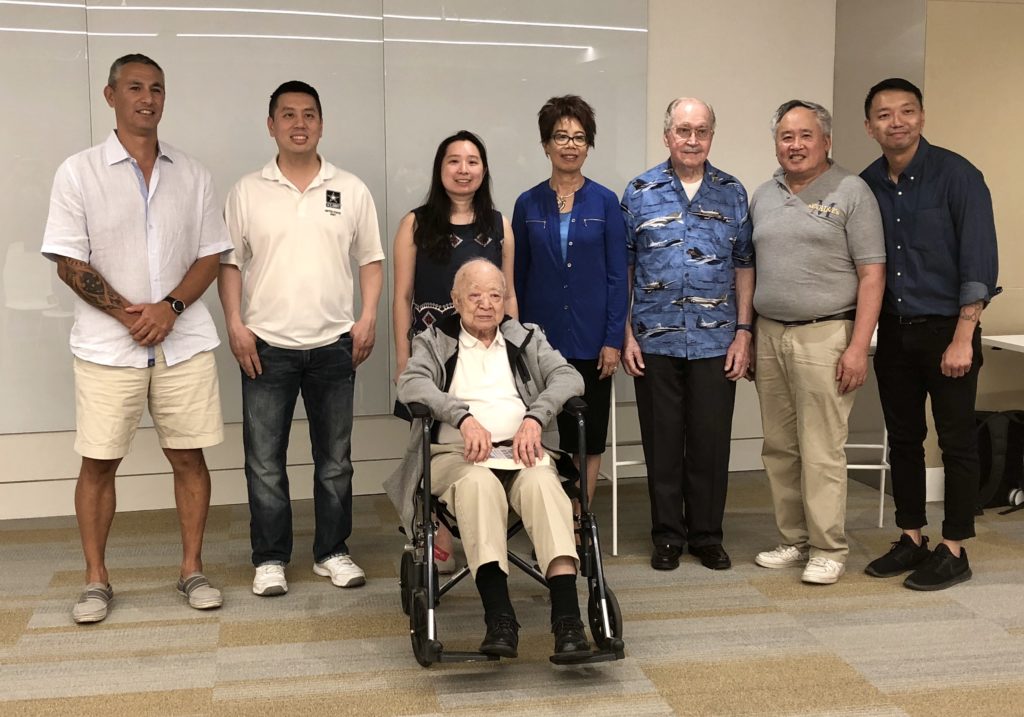 Victoria’s talk led me to wonder how we can bring the stories of Asian American veterans and their unique obstacles to equality to the forefront. I also connected to William’s experience of feeling, but not seeming American to others, while his story of playing around with his definition being Asian American and defying what he thought others’ narrow view Asians seems timelessly relatable.

To watch coverage of the event, please click here.