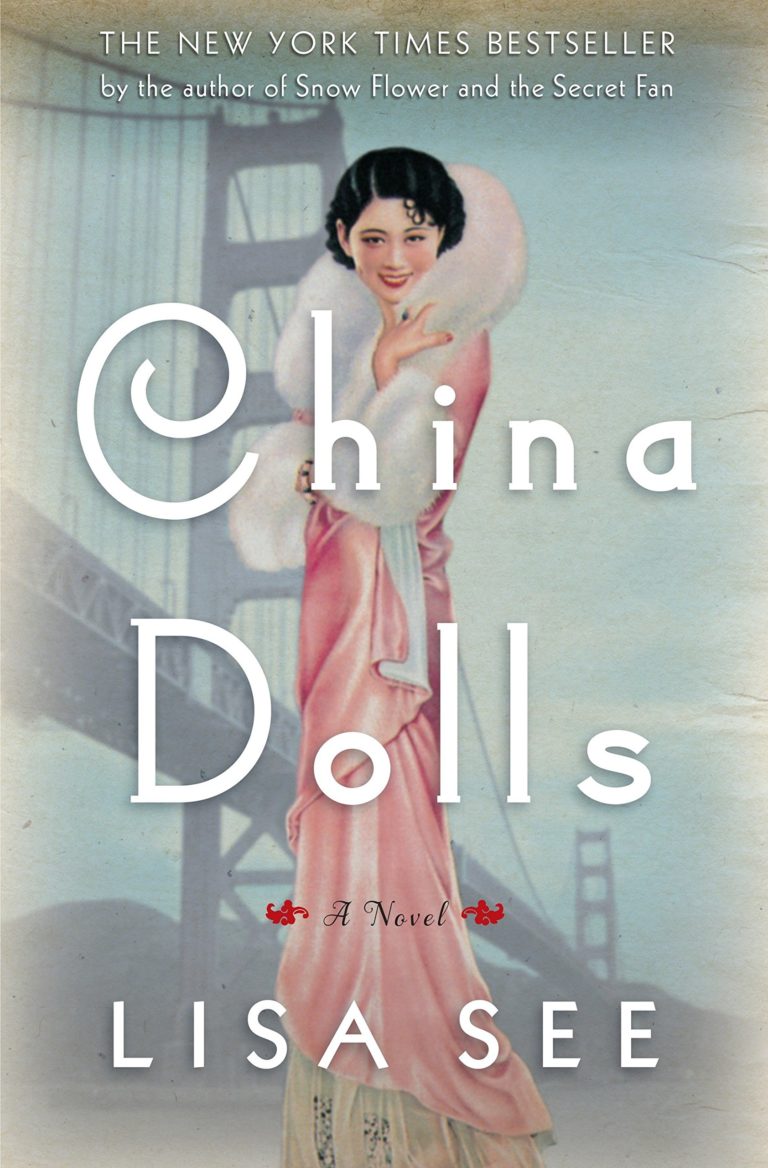 Not all China dolls are bound to break.

Grace, a fugitive from her father’s abuse; Helen, a proper child of an esteemed Chinatown family; and Ruby Tom, a Japanese American  in seek of stardom at the onslaught of World War Two, are an unlikely ensemble. The three girls converge at San Francisco’s Forbidden City Nightclub against their parents’ wishes, in seek of employment as dancers. While the girls find uncanny success in the performing arts scene, war against Japan erupts on the Pacific Front, suddenly leaving their careers interrupted: Ruby is sent to an incarceration camp, Helen gives birth to an illegitimate biracial child, and Grace finds her heart broken by an elusive Caucasian fighter pilot. In Lisa See’s China Dolls, what begins as a desperate job hunt spirals into a bold tale of three young women struggling to pursue their dreams while maintaining their bonds against a discriminatory and agonizing home front.

China Dolls is narrated from alternating, third-person perspectives of Grace, Helen, and Ruby. Each girl has a distinct voice: Ruby, lively and flirtatious, uses colloquial slang. Grace, hailing from a small Midwestern town, speaks with a curious, judgement-free tone as she slowly learns to navigate the show business. Helen, whose extended family immigrated into a traditional Chinese compound, avoids contractions and often speaks in literal Chinese translations that I found quite amusing as a native Chinese speaker. See’s words, unique to the character who narrates them, effectively convey each girl’s personality, background, and flaws. Despite their differences, each girl is a victim to racism, a persistent theme in See’s novel. When Grace initially seeks a job at the International Exposition, her interviewer rejects her for “talking all perfect” and not “doing the ching-chong thing” (See 10).  After the girls spiral into stardom, a Caucasian producer creates a theatrical show especially for them, called the “Slant-Eyed Scandals” (See 322). See addresses how difficult it was for Asian Americans to succeed without capitalizing upon ludicrous and dehumanizing stereotypes. To appeal to a white audience, they are forced to discard their American identities to appear more “authentic.” As part of her attempt to address Asian American discrimination, See taps into many historical references. China Dolls mentions “no-no girls”, a derogatory term for Chinese American prostitutes, who until the late 1800s comprised over 90% of employed Chinese American women. It also mentions Donaldina Cameron, a humanitarian in San Francisco who rescued Chinese girls trafficked into sex slavery. It follows the unfolding of many historical events such as the Japanese Internship and random roundups of Chinese American women for STI inspections.

I was drawn to the ambiguity of the girls’ “happy endings”. While they all receive glamorous careers, they express satisfaction with startling, disillusioning conditions. For one, Helen finally builds a family, but she is shunned by her parents for having an illegitimate son and a gay husband. Ruby is released from internment and becomes a movie star, only to find the Helen, a Rape of Nanking survivor, was the one who told the authorities about her Japanese identity. Grace finally marries her beloved Caucasian fighter pilot, but she hauntingly concludes the story by claiming “Joe loves me; I am his China Doll” (See 376). The dramatic irony in Grace’s statement is heartbreaking. She simultaneously rejoices over her marriage and unknowingly calls herself a fetish by branding herself a “China Doll”, the sexually submissive stereotype of Chinese American women in the 1900s. Despite limitations for Asian American women, Grace, Ruby, and Helen still manage to find bliss in their unique ways.

See’s book traces the creation of the Asian American identity. Three girls straddle an Asian community that finds them wayward and promiscuous and an American community that finds them exotic and incapable. They ultimately escape their comfort zones to develop personal and economic independence in the show business.  Although some traces of societal oppression remain with them, the risks they take make China Dolls’ message clear: “you cannot refuse to eat just because there’s a chance of being choked” (See 248). Do not try to fit yourself into a pre-existing definition: you must take risks, go on adventures, and define yourself.