A couple weeks ago, 1882 Foundation participated at this year’s DC History Conference, held at the University of the District of Columbia. Over the course of the weekend, students, scholars, and other people in the field met to discuss their recent work, under the theme of “Mobility, Migration, and Movement”.

Ted represented the foundation during the poster session, where he shared information about the organization’s recent projects, including the Range 99 Project and our upcoming Chinese American Women in History Conference in April 4-5, 2019. He also explained to visitors our programs in education workshops and efforts at affecting Virginia’s state standards of learning to include Asian American historical topics and issues. In the afternoon, Ted participated in a panel presentation on “Making Space, Making Place: Community, Building Collaborations and Coalition Building.” Ted discussed how these issues are intertwined in preserving heritage and sites and illustrated in DC Chinatown’s search for “sacred space.”

Asia, our Women’s Conference Manager, also presented a separate school project with her fellow students from American University, called DC 1968: Mapping Whiteness. Her team examined archived issues of Washingtonian Magazine from 1968 to interpret the idealized lifestyle that the publication promoted in 1968. They looked at how the magazine’s content promoted a model of living that was racially exclusive and silent on the 1968 local uprisings.

Overall, the conference was great exposure for the organization! 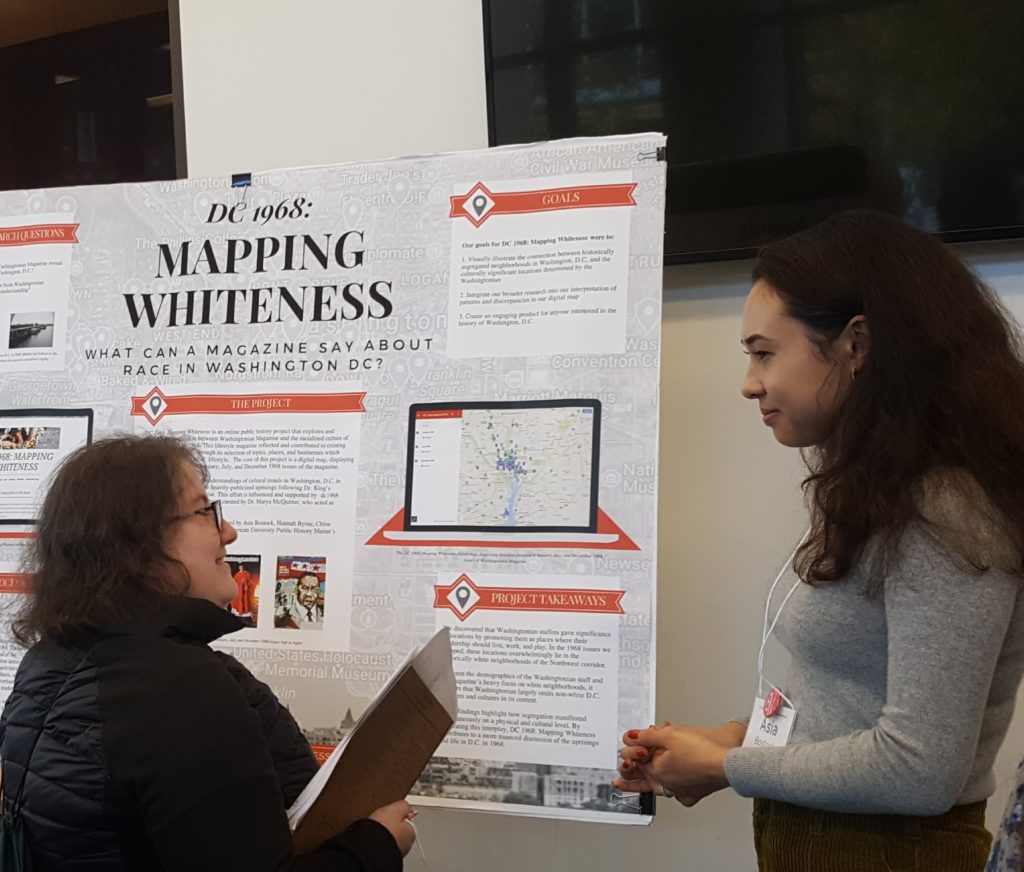