The latest presentation of “Through Chinatown’s Eyes, April 1968” occurred at the National Council for the Social Studies Annual Conference held in Washington, DC on Dec. 2, 2016. Ting-Yi Oei showed the film to 30 teachers and other educators and provided them with a copy of the film and a lesson plan. The lesson plan covers not just the events documented in the film but provides valuable context for the history of the times. Civil rights are at the heart of the events surrounding Martin Luther King’s assassination, but the riots that followed should also be seen in the entirety of what was going on in the country at the time: the Vietnam War, a divisive presidential campaign, and a pervasive sense of social injustice. The film also raises questions about the search for identity as is evident by the accounts given by the residents of Chinatown who lived through the riots. The lesson plan addresses these issues and more so that teachers can incorporate the film into a number of places in the curriculum and meet national standards in courses ranging from civics and government, to history, and to sociology. Several teachers commented on the first-person stories that people told of the experiences, and many were unaware that the riot took place in an area where another minority group lived. Another teacher who is from DC noted that the film is also valuable in showing how neighborhoods are transformed over time and that it can be very effectively used in a contemporary fashion comparing what the area looks like today to what it was in 1968 and in between. 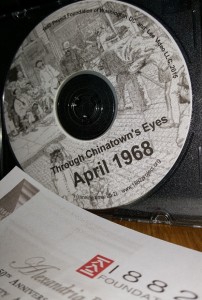 The lesson plan is available here.